Tick. Tock. Tick. Tock. Do you hear that? That's the sound of me having a mood swing every fucking second.

It's not looking good lads. Starting to feel like I should just kill myself again. I hate this life. I am useless. Worthless. I'll never amount to much of anything. I'm shallow. A fraud.

If you're not going to let me die, at least have the decency to lock me away somewhere so real people don't have to see me.

(this web page doesn't count because no one reads it)

Oh my god, I'm so fucking tired. Since graduating program, I've been looking for jobs half-assedly and have yet to get so much as a call back. I'm already fucking tired of the NEET life. It's not like I want to be heaped under a huge pile of responsibilities like I was when I was in school or at work. But I want to at least have SOME kind of meaning to my life.

I feel fucking pathetic, having to ask my parents for money because my bank account went into overdraft. They're going to offer me a certain amount of pay for helping out with my younger siblings and other household responsbilities. Oh, just come right out and say it, I'm 21 years old (or close to it) and getting a fucking allowance. I hate myself. I hate myself. I hate myself.

I've gone back to one of my old terrible coping skills. No, not self harm or eating disorder shit or drug abuse, though those haven't been far off my mind. I realized I cannot withdraw completely from the horrible fucking comic that I read as a teenager. I will not mention its name here, but I think it'll be pretty easy to guess what it is I'm talking about. This thing was my entire sense of identity and reason for living as a teen. Pathetic. And now I'm back. I'm back into it. Lame.

Had a bit of a lapse in attention span and the site hasn't been updated in a little while. At this point it seems like my mood's descended (or ascended) into straight-up mania. It's nearly impossible to sit down and focus on anything for a long while, I have too many thoughts, and they jump all over the place. I've always been a bit scatterbrained but it's nearly unbearabable now. I've also been doing a bunch of stupid impulsive self-destructive shit as usual.

I truly understand now why that one psychiatrist of mine insisted I had bipolar disorder. I really do.

Ughhh I need to start updating often again but I've been too obsessed with my social media notifications. It's way too warm for February and I feel like shit cause the world's ending and we're all gonna drown and even if we weren't, I'm starting to realize that I just fucking suck, as a human being. Also, even if both of those weren't true, our world is an unfathomably fucked-up place, and I just. If I think too long about the latest news I just want to lie down and never get back up.

Cross your fingers that I get the call back from Starbucks by the end of tomorrow. If I don't, it means I didn't get the job. I've been obsessively checking my application status all day...

*therapist voice* But you're no longer too far outside of society's idea of "normal" to be hateful, so you're CURED!!! I don't care how you feel, bye-bye.

Ended up spending all of today flipping through various websites. Which is fine, I guess, for a day. But it's going to get old fast once program's over for good. Oh, I hope to get a job soon, or I'll lose my mind.

Today feels like it was more like 3 days long. Not necessarily in a bad way, just long.

Maybe it's because I woke up so early for the job interview. I, honestly have no idea how it went. I'll know by Friday if I got the job. The waiting is agony. I want it SO BAD. The benefits beat any other part-time job around, and everybody knows you have to have a college degree and 15 years experience before you can be considered for anything full-time. And I'm too stupid for college.

Anyway, I think all of the other applicants were interviewed today as well. So maybe I'll know as soon as tomorrow.

Then the day took a turn when I came home and told my mother that I'm planning on changing my name, because I've come to kind of hate "Avery" and think now might be a good time to change, since I'm starting a new part of my life. I rattled off some of the ones I'm thinking of. She wasn't mean. She said nothing. Sometimes I forget that she's only okay with me being trans as long as she can still think of me as her daughter. Oh, she's made it clear I'll always be Leah to her. Well guess what? When I leave, you're not getting my new address and phone number, and you don't have to talk to me anymore. You can go back to pretending that you have the perfect little daughter you want me to be. "It's a grieving process, I'm losing a daughter!" I mean, I'm still right here? If you really want to lose me, that can fucking be arranged.

My insurance policy will cover HRT. I'm placing the call tomorrow. I'm fucking tired of waiting around for everyone else to be okay with it. I'm tired of constantly being suicidal to spare their feelings.

Oh today was actually a day when I didn't feel completely useless? I added some new pages to the site, reflected on how my life has gotten much better. Didn't pay attention to the Super Bowl. I'm not unsociable enough to skip watching it with my family completely, I just sat on my laptop the whole time. LOL

I don't want to be that guy who whines the whole time about capitalism, but the whole thing is so soul-sucking. A big festival around some men giving each other permanent brain damage and a bunch of corporations trying to sell us shit. Oh, I am so fucking tired of Media and Advertising. We live in a fucking dystopian novel.

But anyway, today was actually a good day! At least for me personally. Before I went on that tangent, I meant to mention that I finally got around to putting together a resume and filling out three job applications. I expected not to hear back, was planning on calling them back in a couple days. But just a couple hours later, I got a call from a hiring manager, and I have an interview tomorrow! Already!

Oh I was gonna be non-specific but I already mentioned the corporation's name on my Twitter, it's Starbucks. This is actually perfect because they will at least pretend to be trans-friendly for Woke Advertising Points, they give their employees health benefits, and they're all over the country so I can stay with the company when I move in a few months. But even better, the particular location I'm interviewing at is in a shopping mall, so that means no early mornings or overnights, and it'll only get super busy on weekends. 🙏 PLEASE let me get hired and start ASAP, I really really really need this.

Ahhhh okay first of all, let me say: FUCK. I had another trauma dream, and while it wasn't a straight-up flashback (they hardly ever are) it was still pretty disconcerting! Then I had ACTUAL flashbacks while awake, and on top of that I missed two doses of my meds, and so I ended up staying in bed for most of the day doing...absolutely nothing, just stewing in all my Sad and Angry. Just watching fucking YouTube, literally the bottom of the barrel when it comes to entertainment. Blah, this is affecting me more and more as time goes on, but no mental health professional wants to admit that their shitty system gave me PTSD, they insist it must have roots in my childhood.

Which it DOES, but that doesn't erase all the horrible things that've been done to me for the sake of my "health."

Oh yeah, also I promised myself that I'd apply for jobs this weekend and I didn't. Now that my Mento Illness is getting in the way of my productive capacity re:capitalism, am I considered low-functioning enough to get real help yet? 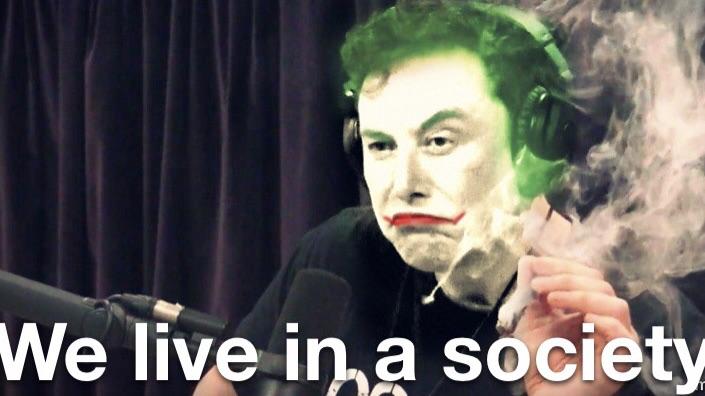