Top 10 Places to Burn if Arson Was Legal

While it may be fun and get rid of an eyesore of a dilapidated building, it doesn't send much of a message, which is why it ranks so low on this list.

I was going to say the name of a specific restaurant, but worried that I would get in legal trouble if I did, so if you can think of one that has a particular love of homophobia, Donald Trump, or ebic twitter clapbacks (unfortunately there are multiple places like this), feel free to...you know ;)

#8: The car of a guy from high school that you're still mad at.

He knows what he did.

I kind of like the aesthetic of these places, but they do represent many of the most soul-crushing and destructive aspects of capitalism, and also the memes would be hilarious.

Yes, we skipped a bunch of things in the list because we couldn't think of more funny things to say. But anyway, it's no secret that mental hospitals are basically a jail they put you in for daring to be mentally ill. It would be amazing if they all disappeared, and the people who worked in them and were compliant in the system were made jobless forever.

Wait, they already did this? Fucking epic. 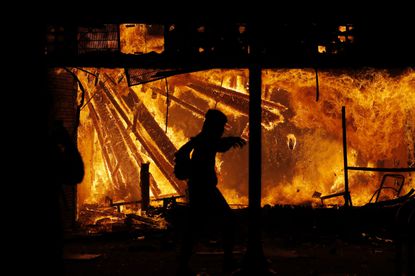